I will start from Monday 25th August, it was a Bank Holiday and Jason was on his first day off in over 2 weeks. Over the previous 14 days he worked 157 1/2 hours. He had only been back at ACME for coming up to 3 months. He worked for them for 5 years from the age of 18, and gained lots of qualifications, and worked very hard! He took a break from them, and went to another company for 5 months, but they couldn’t keep him away from ACME! He missed his colleagues, he missed his ‘home away from home’. His job title was ‘Commercial Catering Engineer’, meaning he installed and serviced kitchens in commercial environments. Restaurants, schools, hospitals etc. He loved what he did, but was really tired! The government were bringing in a new scheme as of September,  whereby all KS1 pupils got free hot lunches at school, and lots of the schools weren’t equipped to handle that demand, so the workload over summer was massive! At the start of summer he prepared me for not seeing him too much, told me that the hours would be long, but it would be worth it in the long run as we would have lots of money saved up for our third baby, due in March! He wasn’t wrong about being busy, but, it was going to be worth it, wasn’t it?

25th August was spent doing not a whole lot! Toby, George and Jason spent lots of time in front of the TV, he took them to the supermarket so that I had some much needed peace after 2 weeks with the boys, and we all ate pizza. Perfect! 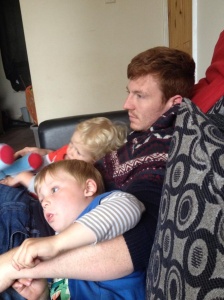 26th August was a very exciting day! At 2pm we had the baby’s first scan! But first,  Jason wanted to get his hair cut, ready for a family wedding at the weekend, followed by a mini-holiday to Legoland with the kids to celebrate Toby starting school the week after! Jason and Toby went for a hair cut, although Toby decided he wanted to keep his hair long so didn’t actually get his done! They came home, and Jason did a tip run for a friend who’s garage we had cleared out. We had lunch of McDonald’s in the car next to the dock on the way to Grandad’s (my Dad’s) house. We dropped off the boys and went for our scan. Jason hadn’t got changed after the hairdressers because he didn’t have time, so was wearing one of his ugly t-shirts that was saved for ‘worst’. We sat in the waiting room, being silly and making jokes as always. We got called in and I laid down, and watched Jason’s face as the sonographer started scanning, as he could see the screen but I couldn’t. He held my hand and his face lit up the second he saw our baby. The look of pride and amazement on his face as he watched was just magical to see! Yes, we had done this before, but this was the first time seeing THIS baby. Our long awaited (a year of ‘trying’) baby number 3! Everything was perfect, and we were given the estimated due date of Friday 13th March. Oh, great. On the way to pick the boys up, we stopped at the chip shop and Jason got a pie. He never chose pies but he ‘Really fancied’ a cheese and onion pie and chips! We went to Grandad’s, and ate tea. We showed the boys the photo of their new baby Brother or Sister, and bribed them with chocolate to sit nicely for a photo. This failed miserably as George was sulking he couldn’t eat all his chocolate buttons at once, but we got a funny photo nevertheless! We released the photo to the public (Facebook) and went home. 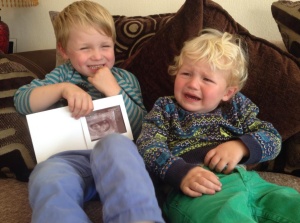 Wednesday 27th August, Jason got up for work early, as per usual. He was working at a school, installing a full new kitchen. We spoke a few times during the day and everything was normal! He got home at a reasonable time, about 5.30, so we ate tea, then he went for a bath with the kids. He put them in their PJs, then read them a story, and put Toby in bed. As George was still breastfeeding, I was in my usual spot on the sofa, but he wasn’t tired yet so we were making videos on my mobile. We have a great video of George being silly, and Jason coming into the room and waving. This was the last time George ever saw Jason. Once the boys were both in bed, we sat and watched TV. Right before bed I asked Jason to put the nappies out to dry. He got the nappies out the washing machine and proceeded to put them on the fire guard, WRONGLY! My usual order wasn’t being followed, so I took over, which was common place in our house. I am sure  he did things wrong just so I would do them! We went up to bed, and I brushed my teeth and got in bed. Whilst Jason was brushing his teeth I pushed his duvet (George often slept with us so we needed extra covers) onto the floor and moved right over his side of the bed so he couldn’t get in. He laughed and laid on the floor under his duvet, trying to stifle his giggles so he didn’t wake George who was in the cot in our room. I took a photo of him on the floor. The last photo I ever took of him. He eventually was allowed into bed, and we carried on being silly, with me almost pushing him off the bed a few more times! Once we calmed down we went through our normal nightly ritual. We kissed, and I turned over to be the ‘little spoon’. He put his arm over me and we said what we always say before bed.

Then we went to sleep! 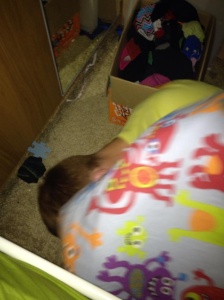